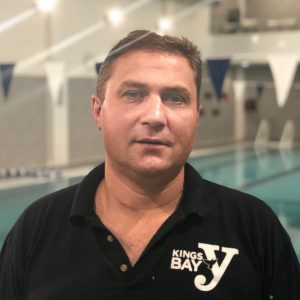 Eugene Prokhin participated in the Sydney Olympics in 2001 as a member of the Kazakhstan Men’s National Water Polo Team. He began his water polo career in the Former USSR at the age of eight. When he was 15, he was invited to play for club Dynamo Almaty in Kazakhstan. He has played in top water polo leagues for many years and his active water polo career has also included a spot on the former USSR Senior National Team. At the Kings Bay Y, Eugene serves as the Director of Fitness and Aquatics and is happy to bring his expertise to the summer camp.